I have a confession to make: I littered this week. It was just an apple core (okay- sorry, I shouldn’t be justifying it). I ate it while driving to a meeting. I didn’t want to have it left sitting in my cup-holder. So I casually dropped it out the window of my car, hoping- praying– that the butterfly effect wouldn’t mean that I’d just killed the remnant of some exotic orangutan in Malaysia.

I dropped it just before coming around a bend; I figured I’d be well out of sight within a couple seconds and I wouldn’t have to give my transgression another thought. But then traffic stopped. And- because God’s justice and humor are mixed- I came to a halt with my side mirror perfectly focused on the apple core lying in the street. The pavement suddenly looked remarkably clean and kempt; the core was it’s only blemish.

Thus was my sin, resting on the street like a pimple on the tip of one’s nose come school picture day.

I also saved a life this week. This too while driving between meetings. I’d seen her from a distance, lying halfway across my lane, in just the spot so that car wheels wouldn’t hit her- unless she tried to move further. I threw on the hazard lights and dashed between cars. I lifted her and carried her from the road, gently laying her in the grass. She didn’t say anything, but her eyes caught mine. And in that moment, I felt brave.

I think she was a box turtle. Possibly an eastern painted. I’ve never been able to tell the difference.

I was out for a walk when I came upon a small pond. It’s situated just off a local back road, between the pavement and some forgotten railroad tracks that parallel it’s northern shore. To be honest, it’s less of a pond and more of a disgusting scum hole. The water is murky and mud of various colors populates its shores. Leaves are slowly rotting in the shallow parts, creating a consistency similar to that of old porridge.

If Satan has a septic tank, I found the overflow.

As I passed the pond- onto greener (and cleaner) pastures- I couldn’t help but notice some bubbles disturbing its otherwise morbidly placid surface. I looked closer and saw the outline of a fish, no more than a few inches long.

Remarkable, if you think about it. That a pond so vile could be a portal for the miraculous; the boy has five loaves and two fishes- but he hasn’t showered in days.

The human necessity to be a necessity is often overlooked. No one wants to be a leech. We might like the benefits of such a role. But no one wants it on their name-tag.

And in the void of affirmation, a mutant whisper rises from the shape of an apple core, lying on the road: “You’ve no merit, no purpose. And you’re deeds smell like a scummy pond.”

But there’s at least one turtle that might beg to differ. My accuser stands ready; but the defense is rising from the ashes.

A little hero is all I am; it’s all we are. And even this only during the shining hours, our greatest moments. Moments when we transform into small ones, but heroes nonetheless. Our best intentions dash between traffic where we might slip on an apple core. But still we run. And the smelly ponds we’ve become may reek but they’re also a lifeline for the least of these.

And isn’t that enough?

If I live this life for the sole purpose of picking up a turtle from the middle of the road, if I’m the pond and that’s my fish, my calling, my cross—isn’t that enough? Won’t grace bridge the gap between redemption and errant but earnest hearts?

When I returned home from one of those meetings or walks- I really can’t remember which- my wife greeted me with a hug.

How puzzling. “I was only gone an hour.”

She didn’t say anything but held the hug for another moment, another breath. And the rising of her chest against my own felt like bubbles drifting to the surface of a placid pond.

“I saved a turtle today.”

She looked up and smiled. “My hero.”

I couldn’t sleep the other night so I crept out to our couch. I kept the lights off and read with a book lamp so as not to wake my wife. I’m working my way through the Russian authors. Which is about as helpful an antidote to insomnia as teaching drum lessons might be for a hangover.

I’m having trouble praying again. Sorry to be a broken record. But faith is a journey, right? The further a car travels, the more it needs gas. And I earnestly want to believe that God hears. But the fuel light is on.

After an hour of reading, I was still awake. I got up to get a drink of water, placing the book open and face down on the floor by the couch. The reading lamp bent under the spine, still pouring light onto the pages. I groped in the darkness until I reached the kitchen. I filled a glass with water, and turned to make my way back. But the scene gave me pause.

The apartment was shrouded in darkness: everything except the lamplight under my book. The light beneath the pages made a glowing pyramid, piercing the darkness with its light. It reminded me of one of my favorite paintings- my sister’s work actually. She’s remarkably talented; it’s a painting of tent in a winter mountain landscape. The scene is dark save the light from the tent. Well, that and the aurora borealis dancing above it. A tent in the mountains and the borealis dancing above- she captured it exquisitely. Someday I’ll put my grandkids through college by pawning it off to a dealer (I’m kidding of course; I’ll probably use the money for a sports car).

I came across a poem by Donne this week; one of the lines stuck out to me. An idiomatic version of the olde English reads: “Hear us! For until you hear us, Lord, we know not what to say.”

It’s been a hard year. A damn good one too. Headaches, laughter, breakdowns, tears, kisses out the door and nights with take-out and sitcoms: this is the stuff of life. And it’s tiring to feel empty yet overflowing with it all. Because- let me tell you- the borealis of life’s winter nights are magnificent. Before she fell asleep tonight my wife whispered: “you know I love you, right?” Like she was worried I might forget and drift off without knowing.

I couldn’t and I didn’t. But I stand in the kitchen, looking at the only light in the room, curled under itself on the floor.

And I believe he hears.

So I start by saying: it’s crazy that you do hear; sometimes it seems like you don’t. Still you hear me. Me like a lonely tent in the mountains. Me like a tired wife, lying in bed next to the imprint in the sheets left from her husband’s stirring. Me like the prayers I can’t pray because I’ve forgotten how to forget that I’ve no clue how pray. Me when all I can do is breathe and cry and smile and read Russian authors until the late AM.

Who but you could hear this? All the good, bad and beautiful, this life.

I don’t know. But I know you do. Because I know what to say.

I say that the world is harsh and welcoming like frostbite and bright tents. I say you’re mysterious and gentle, like a wife as she sleeps. And you’re sharp and bright, like the lamp light on the floor.

I say you’re magnificent but distant, like the borealis in winter’s sky. And I say that when I reach heaven’s gates I’ll ask if there’s room in your holy city for just one more. And if you say “no” then I want to be able to say that I still believe in you. I want to. But I’m not quiet ready yet (if I’m honest).

And if the golden streets are too crowded – if you’ve not yet a room prepared- then I’ll take my tent. I’ll take my tent and I’ll walk back out the pearly gates to the mountain range in the distance. There I’ll sit. In my tent in the mountains. And my light will shine in the darkness as it’s own little tribute to your presence that I see dancing in, among, above and with your beautiful city.

I looked at the light. I took a sip of water. And I silently thanked God for paintings and sisters, cool glasses of water, lamplight and insomnia. I thanked God for the words he hears- the ones I’m learning how to say.

I turned off the light and went back to bed. My wife sighed when I laid down, still asleep, but like she knew. Like she knew that he’d heard.

I was asleep in minutes. 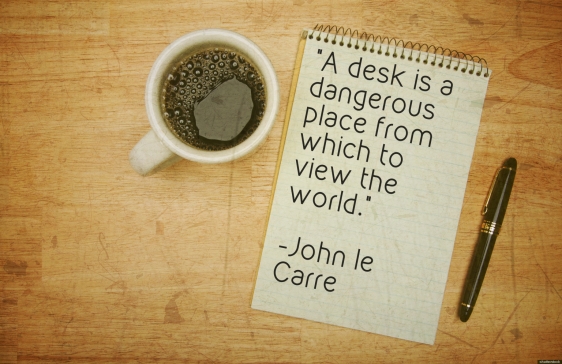