But the .00001% of your brain that always seems to make the decisions? Well, that part is like: 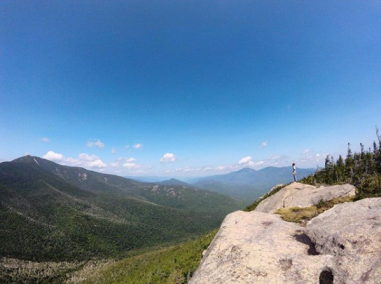 For my eighth birthday, my little brother bought me a toy lightsaber. This was remarkably generous of him, being just five-years-old himself. That is until one considers an event which took place about two months prior when he took my previously owned lightsaber (spoiler alert: the birthday gift was a replica) and proceeded to break it over my head. This is why I could never get into medical school.

It was around this age that I also had a fish tank. It housed ten or so fish, all of whom I considered kin. Any death within this tribe hit me like an emotional grenade. I held funerals and marked their backyard graves with rocks that my father, unaware of the sacredness, would run over with the lawnmower.

My sister now has a similar tank for her three-year-old daughter. The other day a couple fish died and her husband rushed to the store to replace them before my niece could notice. I laughed before remembering a handful of times when, as a child, I noticed with some perplexity how my fish would change colors overnight.

The book of Job has always dropped a pit into my stomach—especially the ending, where God rebukes and then “restores” Job. To me, this story feels like God hears all of Job’s grief and accusations, responds with a “because I said so” and then replaces everything Job had lost (“happy now?”).

It’s all well and good to gift someone a toy lightsaber. But if it’s to replace one which you previously broke over their head, then isn’t there an asterisk next to your generosity?

And Job didn’t just lose things. He lost his children, friends, and co-workers; everyone important to Job dies (except his wife, who is promptly villainized). And yet, on a much more significant scale than my sister (and, apparently, my parents), God “honors” and gives Job back “everything in full.” But it’s one thing to replace a goldfish or some camels. It’s entirely another thing to do this with a friend, let alone a child. I just don’t think that falls under “we’re square.”

I’ve said before that I question God’s goodness. I question God’s goodness because I want to hold my vision of God to account; I want to believe that the way I imagine God leaves room for improvement. This necessitates me arriving at some sort of conclusion; it requires that I put paint on the canvas and let it dry while admitting that the portrait will fall well short of the one I’m painting.

I hate conflict. It makes me queasy and my palms sweaty, even (especially) with the people I love the most. Because conflict is predicated on vulnerability. And I hate vulnerability. It also makes me queasy and my palms sweaty. To admit “you’ve hurt me”, to make the brazenly honest proposition “that was wrong of you” creates the opportunity to be hurt again. But it also allows the other party to surprise you with their grace.

Humility requires arriving at some sort of belief even while believing that it could be pulled out from under me. I often find that my vision of redemption is too small because I’m too afraid to face hard answers that require greater reconciliation between me and God. It’s like I can’t believe that God could bridge the gap. I want to —need to— believe that God is bigger than my easy answers and half-truths, that grace can pull out the rug.

Today my brother is one of the more generous and gentle people I know. (I, of course, haven’t changed but only because I didn’t need to.) Which is to say that the asterisks next to one’s good attributes can be erased, but only if we have the honesty to put it there to begin with.

I’ve always learned that God gives us grace but I’ve come to think a relationship with God might necessitate us returning the favor. Maybe that’s arrogance, but it comes from the only portrait I can paint with narrow vision and the limited array of pastels that I have.

Which, for the record, is (not-so) exactly how I responded to my brother’s gift of a new lightsaber. With grace. Specifically, I broke it over his head.

“When I get honest I admit I am a bundle of paradoxes. I believe and I doubt, I hope and get discouraged, I love and I hate, I feel bad about feeling good, I feel guilty about not feeling guilty. I am trusting and suspicious. I am honest and I still play games. Aristotle said I am a rational animal; I say I am an angel with an incredible capacity for beer.”