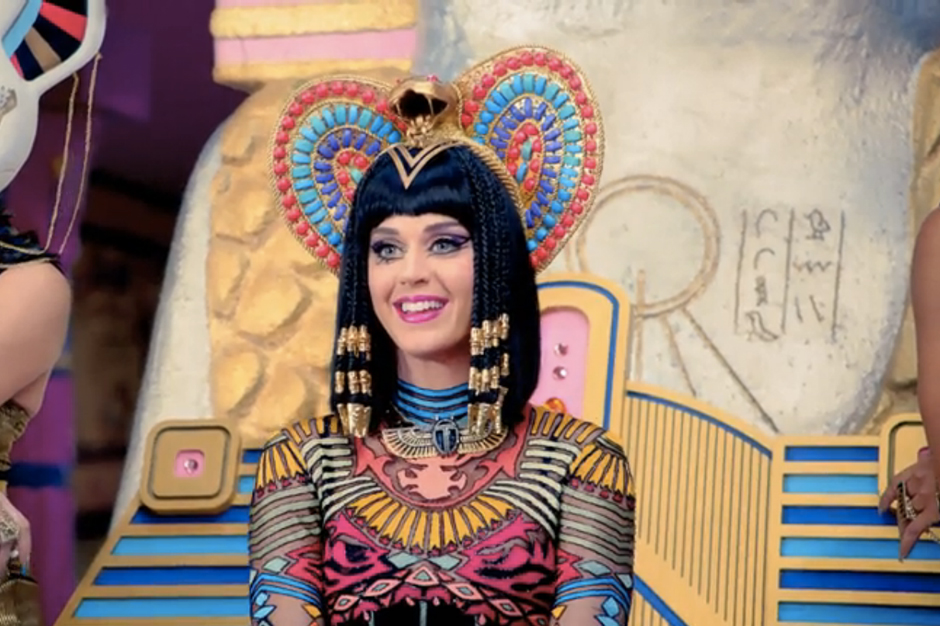 If someone had once predicted that a grizzly bear would be caught dancing in Chicago, a right-wing Conservative would praise President Obama and a non-Christian artist would be sued by a Christian artist for stealing their sound, I could have possibly believed the first two. And yet, as it turns out, it is the last option that has in fact happened (although, I’m not ruling out the possibility of a dancing grizzly, if you have a video of that please send it my way).

A group of Christian hip-hop musicians from St. Louis recently announced that they are suing Katy Perry for ripping off their 2008 production “Joyful Noise” in her top-charting single “Dark Horse”. The group claims that in surveying the two songs side-by-side there are some undeniable similarities that clearly infringe on copyright agreements.

And so I’ll just say it: I’m incredibly disappointed with these Christian artists.

I don’t want this to become a mudslinging session and I don’t want to discredit all the great work these artists have done over one (though significant) misstep. I’ll give them all the benefit of the doubt and assume they’re sincere and dedicated Christian artists. But regardless of how effective or sincere the message of their music usually is, the decision to sue Katy Perry over questionable copyright infringement sends a very un-Christ-like message across the boundary between “Christian” and “non-Christian” musicians.

The group of rappers state that “…the devoutly religious message of ‘Joyful Noise’ has been irreparably tarnished by its association with the witchcraft, paganism, black magic, and Illuminati imagery evoked by the same music in Dark Horse.”  This objection stems from the song’s music video, one which featured some provocative and allegedly blasphemous material; BBC news reports that over 60,000 people signed a petition demanding the removal of “an offensive religious image.”

So if, and that’s an important conjecture, if this group of rappers adhering to Christian beliefs were suing for the removal of potentially blasphemous uses of their music then they might possibly have an understandable and Biblically justified reason for suing Katy Perry to at least remove the objectionable material from her song. I mean, it makes sense that if I create something I hope to glorify God and someone uses it for commercial gains, I might be a little frustrated. That’d be kinda like- oh, I dunno, some sports team using a religious and culturally offensive icon as their mascot:

Point is, if they were suing just to insist on the removal of the affiliation of their product in a way that is deemed blasphemous to their religion, I can understand and support that.

Unfortunately, that doesn’t seem to be the case nor is it the hart of the matter. Instead, BBC News reports that:

“….they also want an injunction and profits gained from the unauthorized use of their track, stating Perry had performed Dark Horse at sold-out concerts throughout the US and sold millions of copies.”

It is seemingly ironic that, for once, the Christian music industry has produced something a secular artists want to copy. Christian music isn’t exactly known for being innovative, and you would think that they would take something like a chart-topping secular artist liking their tune so badly that she stole it as a form of flattery. Take the compliment and run, guys.

Secondly, in another ironic twist, one of the artists suing Katy Perry doesn’t exactly have a clean record. According to The Houston Chronicle, a few years ago one of the Christian rappers released a single that “bore an uncanny resemblance to another collaboration between Bruno Mars and Eminem.” And once again:

But none of this should be a surprise. I mean, c’mon folks. It’s pop music, the same four chords are repeated in at least 50% of the top 40 songs. Simple mathematics would dictate that, at some point, there’s going to be some disparity. In the particular case noted by The Houston Chronicle no lawsuit was filed but the point stands: these are the last guys who should be filing a lawsuit for copyright infringement.

More importantly, while the Bible does have fairly explicit rules regarding lawsuits among fellow believers (“don’t do it”-1 Corinthians 6:1-8) it seems that there’s a gray area when it comes to dealing with non-believers, right?

Actually, that so-called gray area would fall under: “love your enemies” (Matthew 5:44) or (even more pertinent to this situation) “…if someone takes your coat, do not withhold your shirt from them” (Luke 6:29). The similarities between Perry’s song and “Joyful Noise” were noticed online almost immediately; Christian artists were presented with a glorious opportunity to let the whole thing slide, to turn the other cheek, to follow the Biblical mandate. So why’d they have to file a lawsuit?

Even if Katy Perry did steal the music, isn’t this a great opportunity for a Christian group of artists to turn the other cheek? Isn’t this a chance to let our light shine in an industry where we usually don’t get a second word?

What would it look like if the message of Christian artists was: “Let the rest of the world sue for millions of dollars over plagiarism, you can steal our music as much as you want, we’re just going to keep making it because our goal is to praise God.” When I read the headlines about them suing Katy Perry for the money she allegedly made with their tune, all I hear is “we’re out to make money too, our lyrics just talk about Jesus.” Everyone knows this case will probably settle out of court, which really makes this whole thing appear, as one commentator put it, like “a naked money grab.”

Look. I get it. If I ever wrote a song, recorded it, did all the ground work, posted it to Myspace, etc, etc… I’d be pretty frustrated if someone stole it and made millions. But, anyone who writes a song just to make millions isn’t exactly what I would call a purist, and certainly isn’t a Christian artist. A Christian artist should make art for the sake of glorifying God; whether or not it makes them millions is somewhat irrelevant. Again, in giving these artists the benefit of the doubt, maybe this whole debacle is just the product of an overzealous copyright lawyer who saw a quick buck and took the opportunity. I hope that’s the real story.

Suing another artist for an alleged infringement to the tune of mucho $$ screams of inconsistency with the Christian message. The Christian music industry needs a relevant and real way to make it’s witness known outside the walls of Christian subculture. Katy Perry’s alleged theft of “Joyful Noise” presented it’s artists with a glorious opportunity to shine as a witness to Christ beyond their normal audience.

I hope they realize this opportunity before it’s too late.