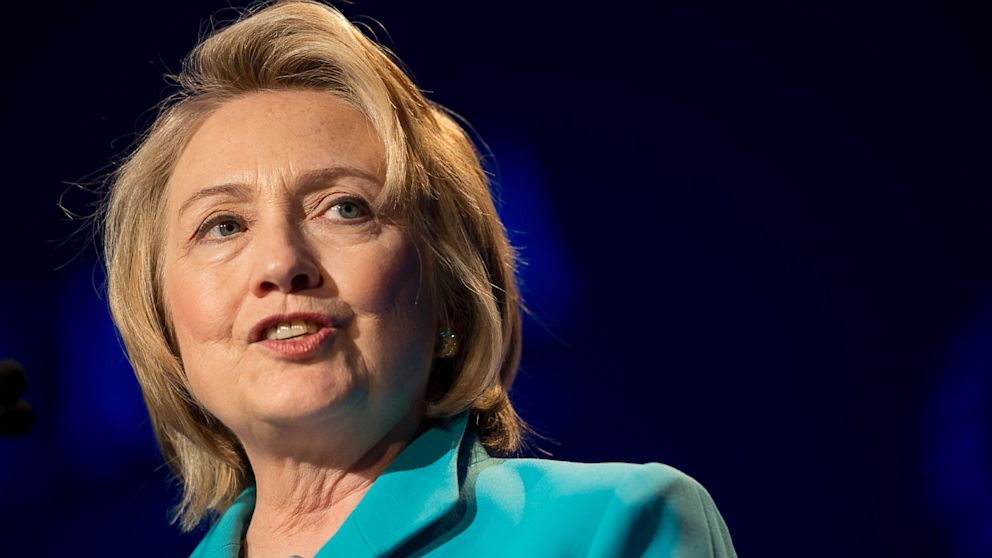 I should start by stating that I’m not Hillary Clinton’s biggest fan. This is a little bit surprising because I am somewhat of a feminist {in the sense that I consider Marilynne Robinson the greatest author of all time and regularly acknowledge that my wife has a much greater leadership and income potential (because…blogger, duh)}. Needless to say, I was – oh, how shall I put this?- somewhat annoyed when I read of her recent interview with a prominent British newspaper in which Senator Clinton differentiated her and her husband from “a lot of people who are truly well off.”

But the comment gets all the more ironic. Because apparently, just two weeks previously, Clinton told ABC News that she and her husband were dead broke when they left the White House. Obviously, these statements don’t line up with the fact that Clinton is notorious for spending gross quantities of money on personal shopping sprees and charging nearly a quarter of a million dollars for speaking gigs.

So yea, it would would be justifiable for Republicans to be all like:

And that’s called irony: of the obtuse political variety.

We can pick on politicians all day. But the honest truth is that part of my disgust with Hilary Clinton’s comments comes from a sort of queasiness in my stomach. Such feelings indicate either a) I was right, the milk in the fridge had gone bad and my wife never should have made me drink it or b) I’m feeling convicted.

Because it appears as though I, like so many of my fellow brothers and sisters, have a dose of Hillary Clinton Syndrome (HCS).

Because how many of us have, at some time or another, complained about our lack of money? What one of us have, at least once in the past year, made a passing comment about how “we’re doing okay, but not as nice as we could be”? Who among us has never, cross-your-heart-and-hope-to-die looked at someone passing in a nicer car, with nicer clothes, driving to a nicer house after planning a nicer vacation and not uttered those three bitter words: “must be nice”?

I don’t aim this indictment in any particular direction but with the goal of prompting all of us to do a little bit of reflection. Hillary Clinton’s comments outrage the average American because we simply cannot imagine a planet on which being paid $200,000 grand to make a few statements (which are probably penned by a Colombia grad working as an unpaid campaign intern) doesn’t qualify someone as being “truly well off.”

But in doing so we fail to acknowledge that if we are reading this blog right now, meaning we have access to the internet, we are better off than some 60% of the world’s population. Oh, and were you able to take a whiz this morning in a nice porcelain throne that flushed when you were done? If you answered “yes” then you’re living large compared to 2.5 billion other people on the planet (over 1/3 of the total population). Did you shower with clean water in the last 24 hours? You’re better off than nearly 800 million people. Did you eat a meal that cost more than $2? Well, that’s money than most people spend on a food in a day. And I’m not going to even mention that Starbucks mug on your desk.

Because here’s an even better question: do you live on more than $10 a day? I’m talking food, rent, insurance, gasoline, water, and random Iphone app purchases. If so, then you’re doing better than nearly 80% of the world’s population. Lemme help you out: if you pay just $450 a month in rent, then you’re already living off more per day than the average global citizen.

Maybe you think I’m being self-righteous with my tone but I assure you I don’t consider myself above this critique. Today, I ate dinner at a restaurant and my meal cost more than global average daily income. I also own more than ten shirts. And drive a car. Hell, it’s not even a hybrid. And I bought it for more money than a man my age across the globe will make in the next 3 years (let alone a female in the same circumstances but don’t even get me start on that). Also, two days ago, I bought a novel to read on vacation. It cost $13. That’s three days worth of living expenses for over half of the world’s population.

So I say all with as much self-indictment as conviction: we are not poor. I am disgusted by Hillary Clinton’s comments but I can only point the finger for so long. I’ve heard numerous peers bemoan the fact that they are “poor” without acknowledging that they drive a car with less than 100,000 miles on it and, beyond a second home in Bermuda, generally have everything their hearts could desire. Even as a seminary student working part-time jobs at an hourly wage I am compelled to admit that I certainly have two nickels to rub together; in fact I use them for my laundry once or twice a month.

And yet, despite the fact that I have extra money lying around, I still find reasons not to give it away. Probably because I’m too busy bemoaning the fact that I don’t get a higher salary.

Which leads me to one more interesting thought:

Last year Americans spent $56 billion on pets. This means that we spent over 1% of our annual incomes on guinea pigs and poodles (average of $500 per household). Another fun fact: we spend just over 4% of our income each year on clothes. Add those up, and we’re at 5% of our annual earnings.

Meanwhile, according to statistics from the years 2011-2013, the average American household gives just over $2,200 to charity each year and the average American wage is around $51,000. This means that most of us give away just 4% of our income each year. I’m not mathematician, but if my numbers are right (and they are, cause Google verified them. So yea: fact) more of our money goes towards giving doggie pedicures and making sure we’re not naked in public (though somehow our expensive clothing does a poor job of accomplishing even that one task) than we do ensuring children across the globe have enough to eat.

We can point the finger at Hillary Clinton for her “tone-deaf statements“. We can continue to be enraged with politicians and celebrities who spend money exuberantly while bemoaning their “impoverished” condition. But Christians, especially Christians, would be wise to look at the log in their own eye. At some point we have got to look past the political mud-slinging, past the vindictive headlines, and deep into a mirror of reality reflecting on our own souls:

It is not our funds that our lacking, it is our grateful hearts and giving spirits.