In Evangelical circles, doubt is something of a battle scar talked about in cold whispers by veterans of many wars past. There are few things Christians will connect on faster than how much they doubted such and such aspect of their faith. Especially in today’s post-modern age, in which questioning authority is paramount to personal development, doubt is so common that most Christians would react to the phrase “I’ve just never questioned it” with a somewhat skeptical: 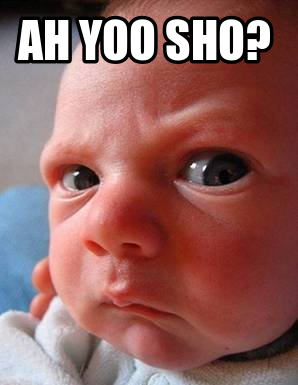 Personally, doubt has always been an essential, painful, dark and yet simultaneously beautiful element of my faith. It has led me to some of the darkest moments of my soul; moments of  pain and questioning that I wouldn’t wish on Tony Romo. But in the end I have come out of it all the stronger.

Inasmuch, there is a tendency among myself, and most Evangelicals, to inadvertently encourage those who doubt with words such as “be honest with God”, “let God hear your questions” and “let your faith be real”. Calls for authenticity, soul-searching and honesty come from those of us who give them to disguise the fact that we are reeling in the tendency to freak out when a brother or sister sits across from us and admits:

But the thing is, we’re all just cowards.

Hopefully, we can agree on the fact that doubt, in and of itself, is not a good thing.  Granted, God does use doubt as an instrument of His grace in magnificent and wonderful ways, but this does not deny the reality that doubt is not something to be pursued or desired; the only way doubt ever brings about good is through God’s grace. Nonetheless, we often times think that doubting takes courage.  But if a spouse were to turn to their lover one day and say “I’m not sure I love you anymore and I’m just going to embrace that” no one would call that courage (unless the latter has a frying pan or a wicked uppercut). No, courage is something completely different.

Because there is evil in this world, of that there is no doubt. 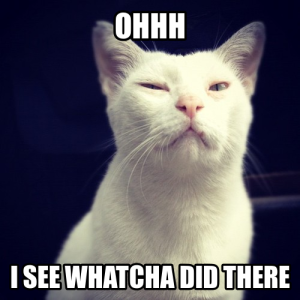 Rest assured, there is so much evil that everyone could, logically, question the existence of a benevolent God, of a God that loves and cares and is active in everything that happens. There are countless dabs of “evidence” here and there that, if we wanted, could be arranged into a mural adequately titled “Why God Isn’t Real/Doesn’t Care/Doesn’t Matter/Doesn’t Act/Etc”.  But should we choose to focus on these accusations, we will find ourselves constantly having to dodge another reality:  there is also good which cannot be avoided.

If we choose to doubt the good and embrace the evil, we will encounter the necessity to obsess over the question of “why do bad things happen to good people” so we don’t have to answer the question “why have good things happened to me even though I’m somewhat, possibly, maybe, like-that-time-this-morning-when-I-cut-off-that-grandma-in-traffic-and-gave-her-the-finger, bad!?” We  spend our days occupying ourselves with Twitter feeds, stock portfolios, business meetings over crappy sushi and our children’s soccer practices…anything to keep from having to confront the reality of who we are, in light of who God is.

To illustrate this point, I give you Bigfoot.

“Wait, you’re going to use Bigfoot as an example in an intellectual discussion?”

“You realize this makes you look like a fool.”

Yes, but if you’ll just let me-

“And you’re a guy named Bryn…you really don’t have much going for you right now.”

Yes…yes…Bryn is a girl’s name, guffaw guffaw. You good? 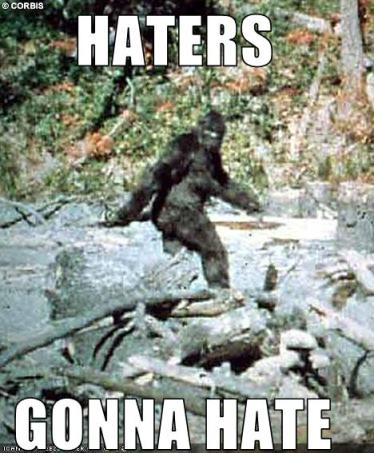 So I was recently reminded of my fascination slash secret wanna-be life as a Cryptozoologist (ha! look that word up) via stumbling on this Youtube video taken near Provo, Utah. This video was shot by a group of hikers attempting to get better footage of what they originally believed was a black bear. As you will see when you click on the link because you’re really interested in this and think it is all a valid use of your time, the “bear” suddenly turns towards the hikers and stands up in a fashion that, well, isn’t very bear-like at all, prompting the cameraman to be like 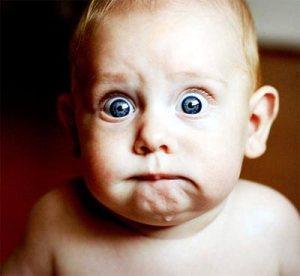 before taking off through the woods and running like hell until he arrived safely back home. Once there, he posted the video to Youtube, where it’s been analyzed ever since.

So let’s make this personal. If I am walking through the woods one day, whistling a happy tune (Ingrid Michaelson: “Girls Chase Boys”) and saw what appeared to be Bigfoot. Immediately I am confronted, through the veil of fear and encroaching panic, with two realities. The first is that I see something ahead of me that is mysterious, assumedly powerful and unknown and the second reality is that a reaction seems mandatory. The first reality stems from little pieces of evidence I have found in the world: I watched a Discovery special about Bigfoot, have learned from an early age not to trust scary, dark mammals with hands the size of my body..etc. The second reality comes from the implied truth of the first; if I assume that what I’m seeing is powerful and terrible and inasmuch could be a threat to my safety, then I need to formulate a response.

Thus, I’m confronted with the question of which would be easier. I could run away from the scary thing before me and deny there’s any reason I should stay close to him. In doing so, I not only flee the possibility of Bigfoot being good, but I flee the possibility of him even being because, due to fear, I have not gotten close enough to find any strong evidence for a belief in him (as will be revealed when I get home, post the video to the internet and am labeled as an idiot or prankster by -oh- all of society).  So instead of walking forward, I turn and run, so I can return safely to my home where I’ll sit in front of my computer screen uploading videos of my encounter and rest in the doubted and fearful assurance that I don’t know if what I saw was either real or good but-hey, I got out of it intact.

But there is the other option in which I can approach this thing that is the source of my questions and, with much quaking, fear and trembling, bring myself inching closer and closer to that from which logic says I should run.  In overcoming these fears, I can take all my questions straight to the source and  find my answer.

But who would have the courage to do that? Who among us has the courage to face the crisp, clean, dawn of each day breaking across the Atlantic and believe that a Creator made it? Which of us is brave enough to contemplate a snowflake, soft breeze or new birth and accept the premise that these things are good? Because if we allow these things to become conclusive evidence, then in doing so we are taking a leap of faith from which we cannot turn back; we are sticking our fingers in the pierced side of our risen Savior  and realizing our refuge of doubt just collapsed. Anyone who walks up to Bigfoot and has a discussion with him will never, ever be the same.

Doubt is not beautiful; grace is beautiful. The bride who questions her husband’s loyalty will find no solace in the questions themselves but in the assuring embrace of her lover’s comforting arms. Thomas wasn’t saved by His questions, but by Christ’s loving assurance. The glory of the prodigal son was not in his wanderings but in the joy of his father upon his return. 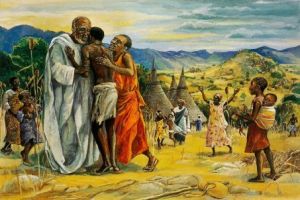 I am a coward, of that I have come to accept. Every day I wake up, put on my glasses of questioning and manage to find reasons around me to doubt the goodness of my God. But sometimes, just occasionally, I find myself waking in a courageous cry of mercy to the Lord. And, by His grace, I see my world transformed from a decrepit, bleak, depressing refuge of doubt into a brilliant array of God’s transfigured beauty transcending all that I see.

These are the moments when my questions become beautiful tributes to the divine. These are the days when I am able to shed my cowardice and find myself standing before the terror of an Eternally Benevolent Being pondering the same reality poetically put forth by C.S. Lewis’ fictional characters in the Lion And Witch in the Wardrobe:

“Ooh!” said Susan, “I’d thought he was a man. Is he – quite safe? I shall feel rather nervous about meeting a lion.”

“That you will, dearie, and no mistake,” said Mrs. Beaver, “if there’s anyone who can appear before Aslan without their knees knocking, they’re either braver than most or else just silly.”

“Safe?” said Mr. Beaver. “Who said anything about safe? ‘Course he isn’t safe.

2 thoughts on “Doubt, Bigfoot And How We’re All Cowards”