Walk up to any stranger on the street and ask them the simple question: “sir/ma’am” (don’t tell me I’m not politically correct) “what do you believe is wrong with Christianity?” and you will get a variety of answers:

“It’s a religion based on fear.”

“Christianity causes a lot of wars.”

“It’s the opium of the people.”

And my personal favorite…

“Christianity causes a lot of divorce cause everyone gets married quick so they can have sex.”

I’m sure you’ve heard these before, and I’m sure they’re nothing new. I could address each of these problems one by one. But the thing is, that would take forever. Like all of eternity. And God’s already got that covered; the Cross took care of it.

But even if I did take all of eternity, even if I sat down and, with great use of logic and unmistakable evidence, proved how every objection to the Christian faith was, in fact, illegitimate and simply a load of poppy-cock, well there would still be those who do not believe. I know this because, once again, God already gave it a whirl and you may have heard of the result: the Bible; a best-selling dust collection in American homes everywhere.

The reality is that our Lord and Savior when He was on this earth, founded a religion that, by definition, has to have problems. To date, I count 2.18 billion of them (that’s just a rough estimate though), which is, by no small coincidence, the estimated Christian population in the world today (we’ll go ahead and subtract 60 from that number, just in case Westboro Baptist Church somehow got thrown into that statistic). The point is we, as Christians, need to stop denying there’s a problem with Christianity because there sure as hell is.

Most non-Christians will admit that Jesus existed; most of them will even say that He was “a good man” or “a good teacher” but go no further. There’s a significant lack of logic behind such thinking, which I will (someday) address. But for now the point stands that a majority of people have no issue with the person of Jesus. I mean, c’mon, who could possibly have a problem with a guy that walked around, preached peace, fed the hungry, healed the sick and challenged the demeaning and prideful institution of the day? Well, besides the institution itself (they nailed Him to a cross, you may recall) – no one.

So if everyone claims to believe Jesus existed, if they claim to believe he was a good Joe-schmo and all that, then why do they have an issue with the religion He founded? For this, we simply need to look at the roots of all the problems inherent to Christianity. Lo and behold! The roots are Christians themselves.

There are a couple exceptions to this line of thought, the first being atheists. Atheists object to Christianity, and all religions for that matter, because they believe there is no such thing as a God or god-being, ergo, a man who founded a religion based upon the claim that He IS God didn’t found too solid of a religion. This is a logical objection. Agnostics are just atheists without a backbone or solid conclusion, so we’ll skip them.

Simply put, most of the objections, or deterrents if you will, can be traced back to Christians who, in their imperfections, have really screwed up. What drives people away from the church isn’t the ideology of a man who said to turn the other cheek and give everything away to the poor, but rather it’s those who attempt to dwell within said ideologies. Christians claim to live according to the teachings of this Jesus, and yet, we are daily caught with our pants down (quite literally, at times) and exposed as hypocrites. I’m talking pastors having affairs, the Crusades, the “burn or turn” sermons and yes, Westboro Baptist Church.

Part of this is because Jesus set an impossible standard, a standard none of His followers in the history of the world have ever or will ever live up to. Take for instance, the command to “thou shall not commit adultery”. In today’s day and age, that ideal itself seems to be a pretty tall order. But let’s just say, hypothetically, that you go your entire life without committing adultery, nay, without even having sex. Then, one day, you’re walking down the street and you see someone that’s like: 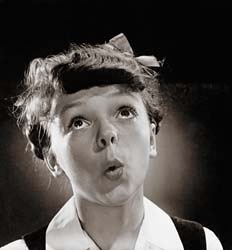 Because you remember that Jesus said that lustful intent was the equivalent of adultery and, just like that, you’ve failed to live up to the ideology and thus become a part of the problem.

But what’s beautiful about this whole situation is that Christianity, unlike any other religion in the world, is a religion that’s built upon such failures. What I mean by that is that ours is a religion that involves a God bigger than the biggest problem anyone can make. We seem to whittle this part of the gospel down to the simple message that “God forgives your sins”. While this is true, it’s not even scraping the surface of the true mastery and artistic ability of Christ’s forgiveness.

Because God doesn’t just forgive us imperfect, lying, stealing, bastardly bunch. Rather, He uses us in our imperfections to build something perfect. Through the cleansing power of Christ and redemptive transformation of the Holy Spirit, God is creating an eternal masterpiece out of sinners. Such power cannot be fathomed by humans, though I suppose the best we can imagine would be someone turning, say, a cereal box into van Gogh’s Starry Night, or the this year’s Dallas Cowboys into Super Bowl champions.

The truth is that you, myself, Hitler, the Dallas offense and WBC combined cannot create a mess so terrible that God can’t make use of it. Because the God of Christianity is one that’s so powerful, so divine and such an amazing artist, that He can take something as ugly as this: 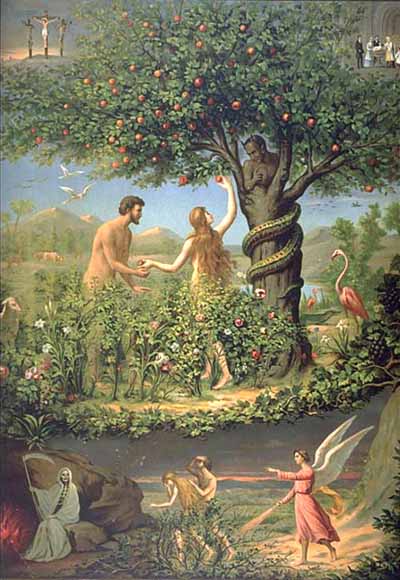 …and, with grace, mercy and a splash of His Son’s blood, turn it into this:

God doesn’t wipe the slate clean, as many opt to believe; our sin is never ignored. If it were, Christ’s sacrifice wouldn’t have been required. Rather, He takes us, while we are still sinners, and uses us to build His kingdom. The problem with Christianity is simultaneously the most beautiful part about it and is why Christianity is not only far more sensible than whatever you’re doing right now but is, in fact, the answer to all the questions the world has ever had.

In short, the answer to the question “What is wrong with Christianity?” is, simply and boldly:

3 thoughts on “The Problem With Christianity”